Why your face could be set to replace your bank card

Why your face could be set to replace your bank card 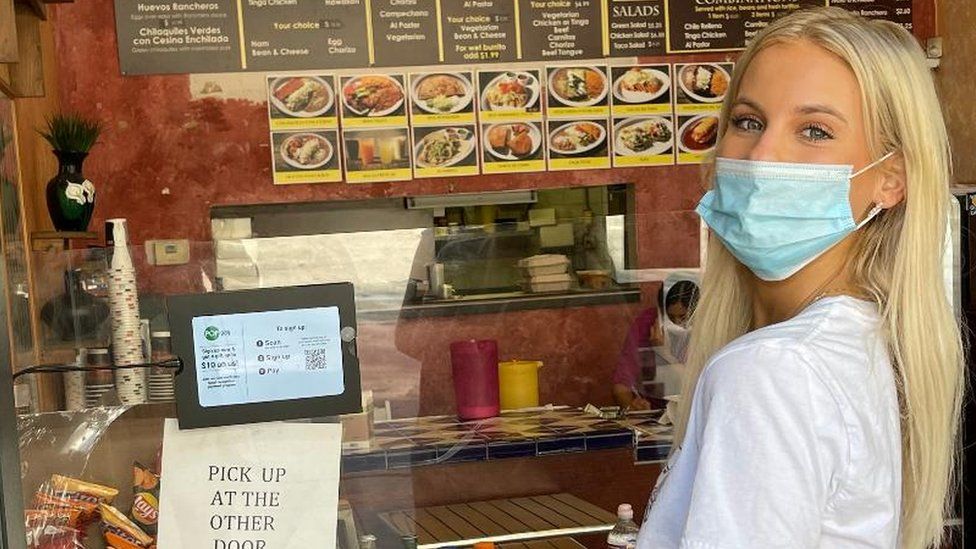 To pay she simply looks at her reflection in a small LCD screen attached to the cashier’s counter. Then to add her preferred amount of tip she flashes a quick peace sign at the monitor.

The entire process takes less than five seconds, and is entirely contactless. Moreover, Ms Stewart doesn’t need to carry her mobile phone or bank card with her, or show any form of identification, or even enter a pin number.

Welcome to the futuristic world of facial recognition payment. It might sound like something from a science fiction movie, but this kind of transaction is already happening millions of times a day across China’s major cities.

With the technology now being introduced in the US, and other countries such as Denmark and Nigeria, are we all going to be using it within a few years’ time? And, are there data security and privacy issues that we should worry about?

Ms Stewart, an 18-year-old university student, says she has no such concerns. “I feel like technology is moving so fast that people don’t even think twice about using something like this. 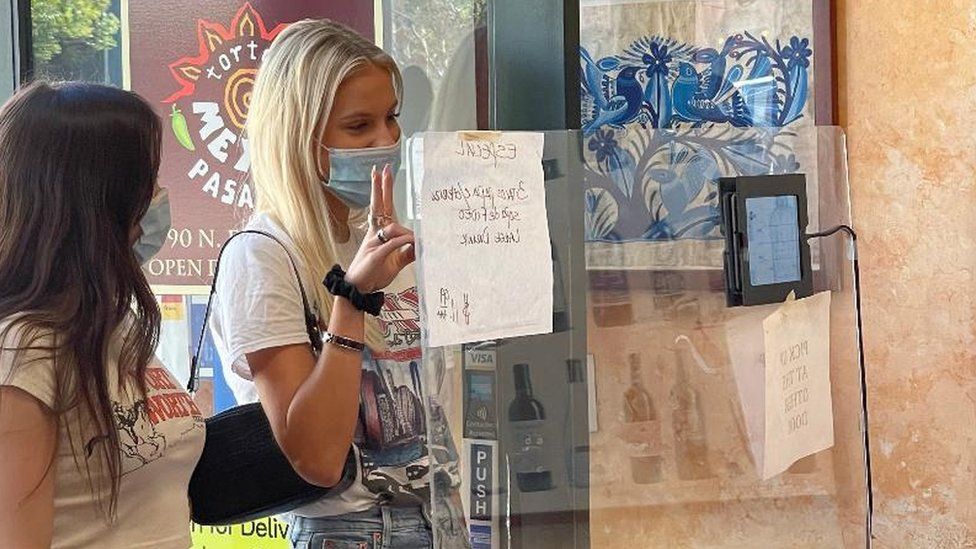 Sara Stewart holds up a peace sign, which, as the system recognises, means that she wants to pay a 15% tip.

“Our phones already read our faces, and our faces are already all over the internet, so I don’t think it really makes much of a difference [to someone’s security]. It’s faster, more convenient, and safer… and you don’t have to worry about leaving your phone or cards at home.”

She uses facial recognition payment, via a US tech start-up called PopID. You sign up via its website, by uploading a photograph of your face, which is stored on the firm’s cloud-based system. You then link your account to your bank card.

In addition, you can choose to use PopID’s hand gesture tipping tool. Ms Stewart has set this at thumbs up for 10%, the peace sign for 15%, and the shaka or “hang loose” sign for 20%.

PopID is based in Los Angeles, and is now used by about 70 independent restaurants and cafes across a handful of US cities, mainly on the West Coast.

The firm’s chief executive John Miller says: “Our view is that using your face to pay is no different [than using your phone].

“It’s just another way to identify yourself. The [digital] picture [taken at point of sale] is destroyed immediately, and the data isn’t shared with anyone.”

In fact, he argues that it’s less intrusive than paying by your mobile phone, because a phone can track your location at all times via GPS. He adds that the photos stored by PopID are mathematical maps of unique facial vectors, not actual photographs.

Currently PopID requires the user to temporarily lower his or her facemask, but the firm says it is updating its systems so that this will not have to be done in the future.

Some 7,000 miles (12,000 km) away, in the Chinese city of Guangzhou, another student has facial payment technology on her mind. Ling (who did not wish to share her real name for fear of getting into trouble) says that it is now the only way to buy food from the vending machine in her accommodation block at Sun Yat-sen University.

Unlike Sara in Los Angeles, Ling is far from happy about the roll out of the technology. Concerned about its ever-increasing encroachment into her daily life, she is refusing to use it. Even if that means she cannot buy a late night snack.

“Tech is like a tide,” she says. “There’s no way you can swim against it. But I also want to make a stand of some kind, for as long as I’m able to do so.”

If technology in general is indeed a tide, then the rollout of facial recognition payment technology in China is something of a tsunami.

Almost all (98%) of mobile payments in China goes through just two apps – Alipay (owned by ecommerce giant Alibaba) and WeChat Pay – and both are racing to install their facial recognition systems across the country.

Alipay is spending three billion yuan ($420m; £300m) over three years, and according to Chinese state media, 760 million people will be using facial recognition payments by next year.

Wang Bing, from the Luoyang Vocational College of Science and Technology, in Henan Province, says the roll out has been fuelled by the coronavirus pandemic.

“The experience of Covid was huge in China in terms of bringing people into facial recognition systems,” he says.

He adds that the software and camera systems are so advanced that they are impossible to trick, such as by stealing someone’s photograph. The technology can also differentiate between identical twins.

But will the technology take off in the rest of the world? Brett King, an expert on the future of banking and payment systems, believes it will – unless governments choose to stop it.