UK-based chip designer ARM has told staff it must suspend business with Huawei, according to internal documents obtained by the BBC. 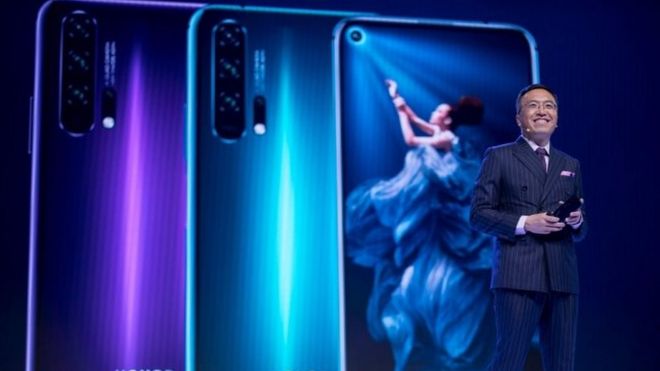 ARM instructed employees to halt “all active contracts, support entitlements, and any pending engagements” with Huawei and its subsidiaries to comply with a recent US trade clampdown.

In a company memo, it said its designs contained “US origin technology”.

As a consequence, it believes it is affected by the Trump administration’s ban.

One analyst described the move, if it became long-term, as an “insurmountable” blow to Huawei’s business.

He said it would greatly affect the firm’s ability to develop its own chips, many of which are currently built with ARM’s underlying technology, for which it pays a licence.

These are used in the Chinese company’s 5G base stations and computer servers in addition to its smartphones.

Cambridge-headquartered ARM had been described as the UK’s largest tech firm until its takeover by a Japanese fund. It employs 6,000 workers and lists eight offices in the US.

In a statement on Wednesday it said: “ARM is complying with the latest restrictions set forth by the US government and is having ongoing conversations with the appropriate US government agencies to ensure we remain compliant.

“ARM values its relationship with our long-time partner HiSilicon and we are hopeful for a swift resolution on this matter.”

Huawei has issued a brief statement of its own.

“We value our close relationships with our partners, but recognise the pressure some of them are under, as a result of politically motivated decisions,” it said.

“We are confident this regrettable situation can be resolved and our priority remains to continue to deliver world-class technology and products to our customers around the world.”